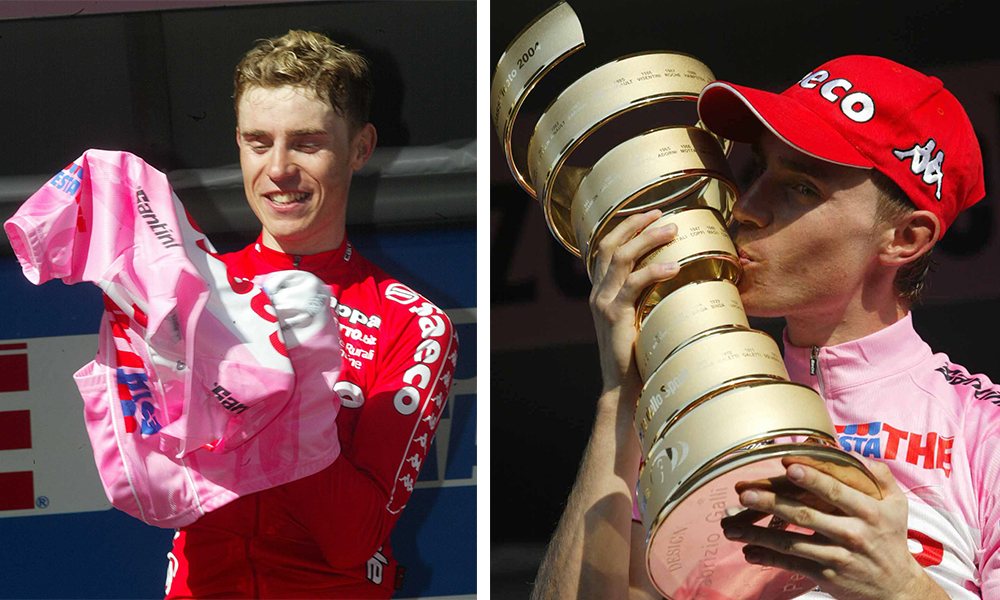 Unveiled yesterday in Milan the next Giro d’Italia.
I couldn’t go to the presentation but on social networks it’s like being there and I was able to gather a lot of information I needed about the stages.
First of all do you guys like this Giro 2020 ?
It seems to be a balanced Giro (at least that’s what I’ve heard…), favouring long stages and therefore with more kilometers rather than short stages with a lot of climbs.

I have to admit that since it’s a Giro it’s always nice, no matter how it’s studied and structured in its characteristics and altimetry.

I think that the start in Hungary as all the departures abroad are useful especially for relational reasons with the countries involved.
How many times have we started from Belgium or other European countries in the previous editions?
Many people believe that the Giro being an Italian event should always start and arrive in our country, but the curiosity to see a start of the Giro from a foreign country always gives me a bit of emotion, and if you have noticed us one year we start from Italy and one year abroad in a cyclical way.
The only thing that makes me think is the possible stress and discomfort that the athletes could encounter during the long transfers in case there were…

First day in Budapest with an individual time trial of 9.5 kilometres whose treacherous course includes an uphill final (1500 metres at 4% on average).
The arrival in Italy is expected in the south in Sicily.
The arrival on Etna is the stage that excites me the most in the first ten days. 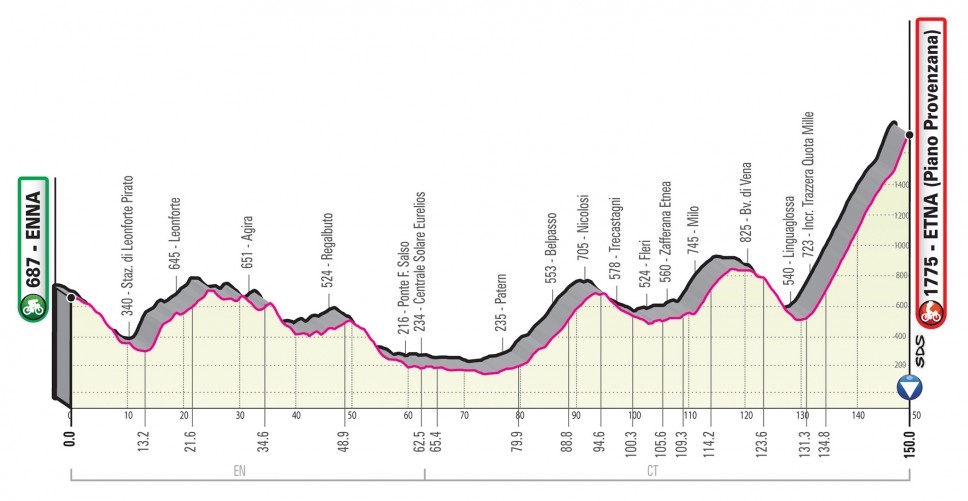 It will then climb stage after stage to the North and this year it will be practically only on the Adriatic side.
From the twelfth stage I saw that, however, we change gear and the climbs will begin those marked with four out of five stars, i.e. the real mountain stages that make the “General Classification”.
We will understand who are the real protagonists and who are not.
Three individual Time Trials, among other things, are not easy but they are still 60 km in time trial, the Tour has 36 km.
Six stages for sprinters.
Five stages of medium intensity.
Five stages of great difficulty.
I like to point out also that the stage number 15 that will start from inside the Military Base of Rivolto in Friuli, seat of the 2′ Stormo dell’Aeronautica Militare, really fantastic, I would really like to go and see it! 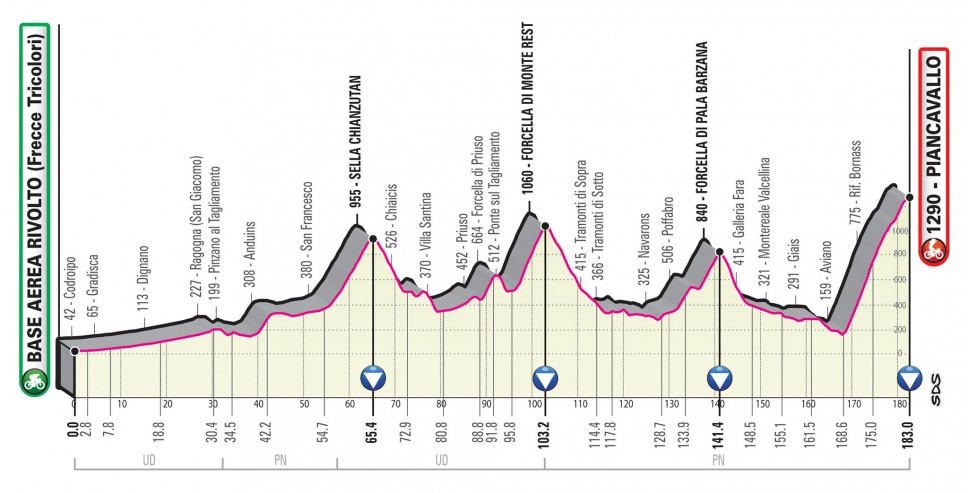 The sixteenth stage the athletes will face Monte Ragogna for three times, a demanding day as well.
The seventeenth stage with Monte Bondone and 5000 meters of altitude difference and arrival in Madonna di Campiglio.
The eighteenth stage with arrival on Lake Cancano, with the Campo Carlo Magno, Passo Castri and the “Cima Coppi” on Passo dello Stevio, faced from Prato dello Stevio and this will be the hardest stage.
The twentieth stage dedicated to Gino Bartali with the Agnello hill, Colle de Izoard and the arrival up to Sestriere. 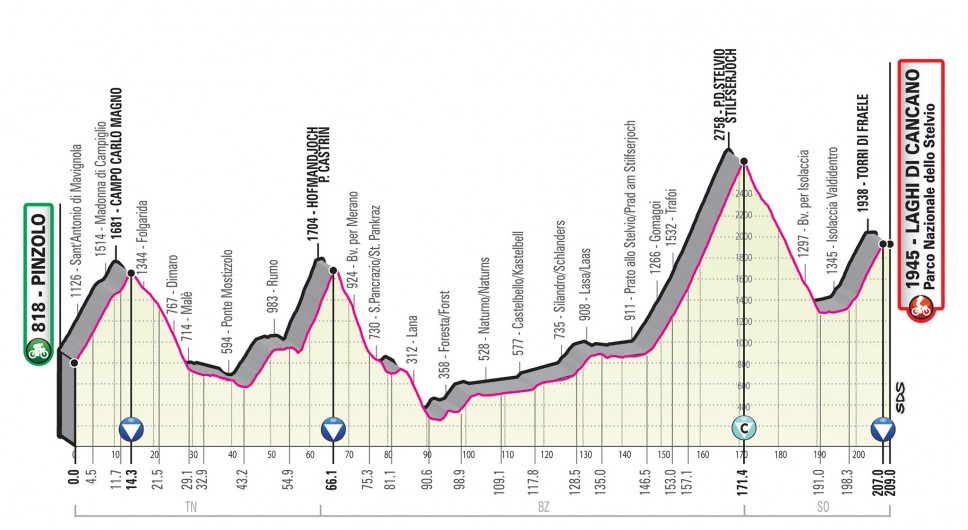 I’ve already heard different opinions about this Giro d’Italia: who is in favour and who is against, considering it not really selective as it seems.
There are climbs but there is also time for recovery.
It looks a bit like last year’s Giro.
Remembering Nibali who had energy to attack Carapaz but there was no more ground to make a difference. Then there’s the unknown weather conditions on the high altitude stages, will it be possible to pass the Stelvio without any problems?

The final Crono in Milan will certainly be beautiful, but do you want to put with the final in Verona last year with the arrival in the Arena?

The Giro 2020 will see the debut in the pink race of Peter Sagan who confirms his presence “If nothing happens to me” (his words).
Count on defending the pink jersey Richard Carapaz.
Vincenzo Nibali with plans yet to be established but I’m sure there will be.
I believe that Egan Bernal will participate as well as Geraint Thomas, while Chris Froome will almost certainly skip the Giro to prepare for the Tour de France.
Tom Dumoulin and Primoz Roglic both at Jumbo Visma, what will they do?
Other riders like Simon and Adam Yates will be there.
It seems it will be difficult to see Fabio Aru at the start who could concentrate on the Tour and make way for the young Slovenian Tadej Pogacar, already on the podium at the Vuelta.
I’d like to see Alejandro Valverde at the start who had a great time in the last final of the season in Italy.

We just have to wait and see what will happen!
Damiano

Receive an email notification every time an article is published.
← see previous article see next article →